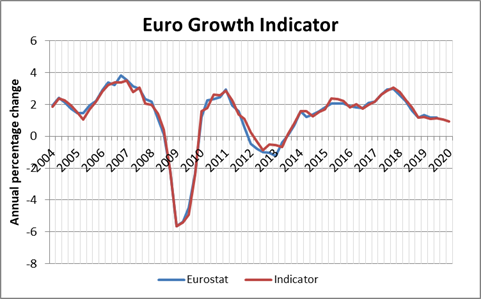 The indicator suggests that euro area growth will accelerate slightly in the first quarter of 2020, to a quarterly growth rate of 0.3 per cent. This would convert into a 0.9 per cent year-on-year GDP growth, slightly lower than in the fourth quarter this year. However, the slight acceleration of growth in quarterly terms would be positive news for the euro area.

All in all, the Indicator suggests that euro area growth stays positive albeit modest in the current and next quarters.